The history of the royal family of Bhutan

In the 17th century, Bhutan became a unified polity under the charismatic Ngawang Namgyal, who was a religious master of the drukpa school. He was bestowed the respected title of Zhabdrung Rinpoche, which means “Precious Jewel at Whose Feet One Prostrates”. Zhabdrung Ngawang established a new system of administration and law. Under this dual system of governance, the Je Khenpo (chief abbot) ruled the Central Monastic Body, whereas the desi (secular ruler) managed the political system. This lasted until 1907 when the Wangchuck dynasty took over.

The Wangchuck family has a long and lustrous history. They hail from the district of Trongsa where they governed, as descendants of the aristocrat Dungkar Choji. They gained influence by defeating the other regional lords. Finally, Ugyen Wangchuck was appointed the first Druk Gyalpo (“Dragon King”), also known as the King of Bhutan.

Ugyen Wangchuck was aware that Bhutan would need support in case of conflict with outside forces, thus he forged a good relationship with the British. During the negotiation between Britain and Tibet, he assisted in the exchange. After Ugyen Wangchuck passed away in 1926, the role of Druk Gyalpo was passed down to his son, Jigme Wangchuck.

Jigme Wangchuck initiated administrative reforms in the Kingdom where the king held absolute power over all things religious and secular. On top of that, modern education exists in Bhutan today to his credit. He was also responsible for the signing of the Indo-Bhutan Treaty with India, which called for peace between the two nations. The country was politically stable under his governance.

Jigme Dorji Wangchuck further promoted his father’s efforts in the implementation of a modern education system. The third kind of Bhutan is also known as the Father of Modern Bhutan. His time as a student in England gave him a wider perspective; he moved Bhutan out of isolation and embraced modernisation. He also introduced Bhutan to democracy, establishing the Tshongdu (national assembly) which could remove the king from power with a two-thirds majority.

The next king, Jigme Singye Wangchuck came into power at 17 years old. Despite his young age, he made tremendous changes that bettered the country. His emphasis was economic self-reliance, which Bhutan strived for without sacrificing their culture, tradition and natural environment. He coined the acclaimed Gross National Happiness strategy that emphasises progress and development in society over Gross National Product. King Jigme Singye recognised the importance of a grounded national identity, which led to his “One nation, One People” policy, promoting the Bhutanese etiquette, national costume, and national language.

The present king is Jigme Khesar Namgyel Wangchuck, whose list of contributions is long and powerful. He personally pushed and oversaw the peaceful transition from absolute to constitutional monarchy. He launched the De-suups (Guardians of Peace) programme, signed a new treaty with India, and was at the forefront of the efforts during the height of the COVID-19 pandemic, to name a few.

King Jigme Khesar Namgyel Wangchuck, known fondly as the People’s King, travelled around the country to personally oversee the measures to combat the pandemic. In June 2021, he trekked for five days through difficult terrain to visit communities in the south affected by the pandemic. The journey took him through muddy trails and leech-infested forests. 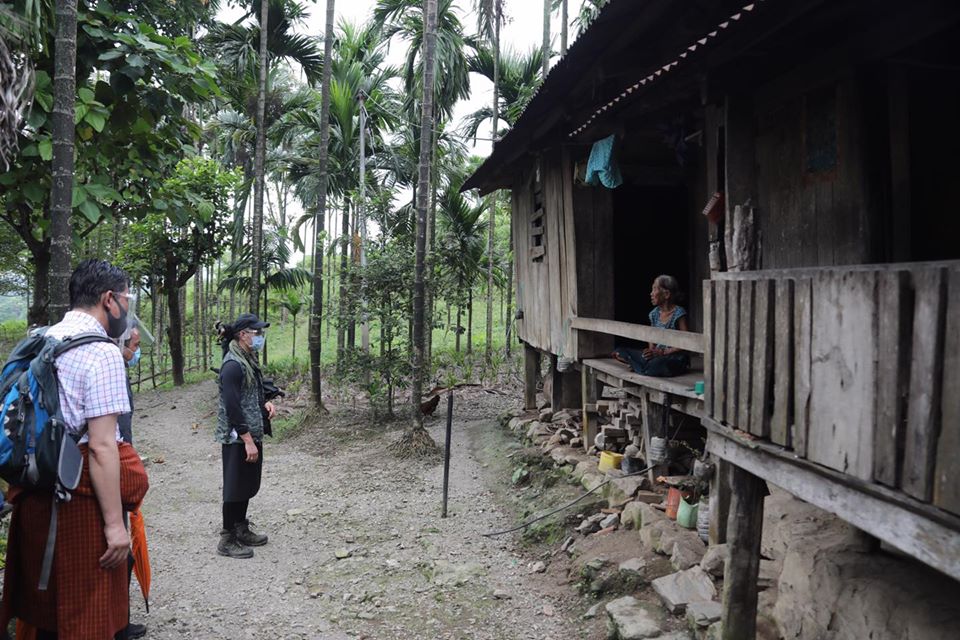 Every now and then, the King of Bhutan takes a Royal Tour through the country to visit his people, travelling to every corner of the Kingdom, including the remote villages.

Recently, King Jigme Khesar Namgyel Wangchuck and Queen Jetsun Pema toured the Southern dzongkhags. They offered prayers at the Samtse Shivalaya Mandir and met with the people of Samtse.

They also met with the Desuups of the 52nd Training Programme. Concerned about the happenings in the area, they listened to the Samtse Dzongkhag officials and sector heads.

Royal tours have been a cherished tradition in the royal family for many years now, and it is an expression of their care for the people of Bhutan.

Soon, we might see the Crown Prince of Bhutan participate in royal tours too. The six-year-old has already taken on public duties, attending royal engagements with his parents. This year, he even inaugurated the Jigme Namgyel Wangchuck FabLab at the tech park in Thimphu all by himself.

Thus we can expect him to one day continue the tradition in his father’s stead, commencing royal tours to all corners of Bhutan, where he would extend a loving hand to his people.