As the slow pace towards a pre-pandemic world begins, two of the country’s domestic airports are going through their own challenges and transformations. After the opening of Bhutan’s borders on the 23rd of September, things seem to look better for both the tourism and aviation industry. Around 6000 tourists have since visited Bhutan since the opening of the country, out of which 2000 tourists have visited under the newly revised Sustainable Daily Fee (SDF). After almost two years of the closing of Bhutan’s borders, the frequency of flights and passengers seems to be on the rise.

The first Plan for a Domestic Airport in the country, Yonphula airport (YON) dates to 1960s when it was first constructed as an airstrip by Border Roads Organizations. However, it remained largely unchanged and unused until 2011, when major renovation works took place and the country was gifted with a second Domestic Airport. The airport is situated at an elevation 2,700 above mean sea level wit the runway measuring 4154 ft, The airport has been operation since then and it remains an important link between eastern and western Bhutan. However, the two other local airports have stood the test of time and many setbacks and are poised for a bigger and brighter future 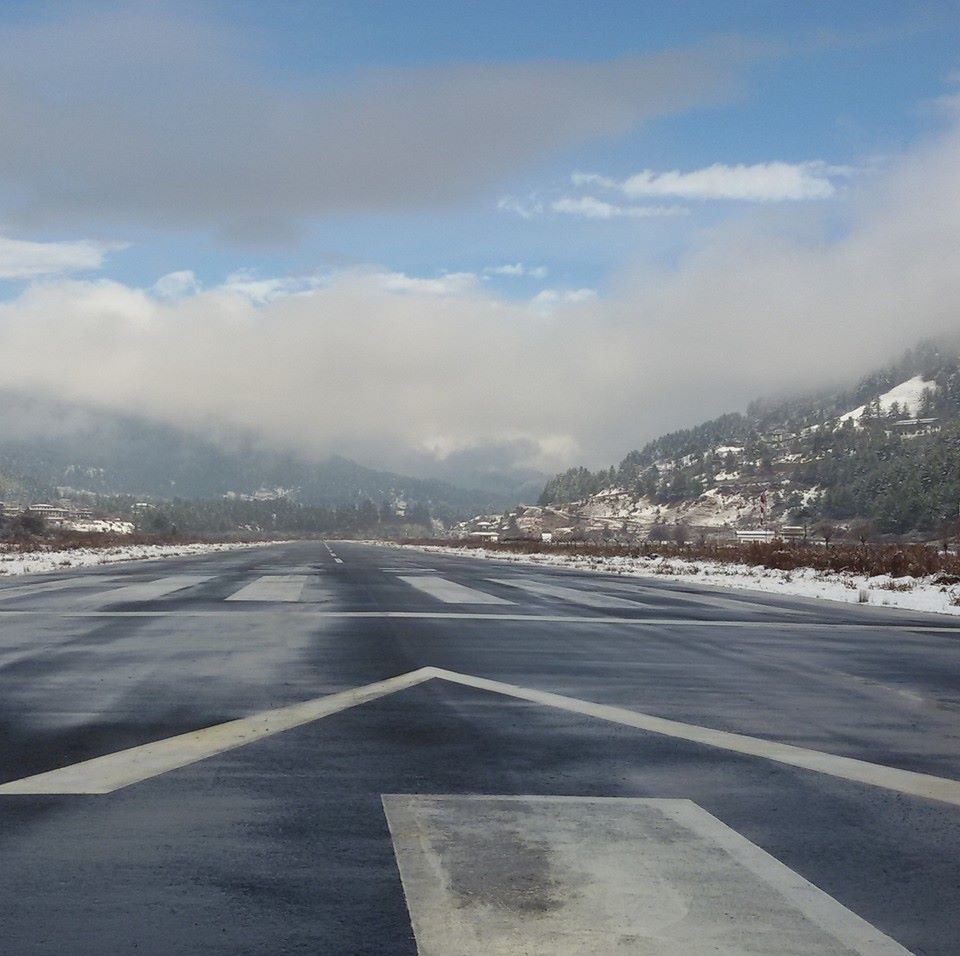 Located in central Bhutan in Bumthang Dzongkhag and proposed as one of the main objectives of the 10th Five-year plan in 2008, the airport was finally operational in 2011, overcoming many infrastructural, environmental, and funding challenges. Both Druk Air and Bhutan Airlines conducted the inaugural flights from Paro Airport to Batpalathang airport to coincide with the national day on the 17th of December 2011. The airport is located at an elevation of 2700 m and the runway extends to 1200 meters.

Although initially, the passenger load on the domestic ATR flights were low, it eventually picked up momentum becoming popular with tourists who wanted to save time driving on the East-West highway which was at the time going through a major widening project. At its peak, there were at times 3 flights in a day between Paro and Bumthang, with flights booked months in advance during the peak festival months in eastern and central Bhutan.

Being of the busiest domestic airports in Bhutan, Batpalathang Airport is currently undergoing a major renovation to serve not only the domestic market but with an eye on the regional market as well. With a budget of 240 million Ngultrum, the Department of Air Transport (DoAT) has begun its work on extending the runway and resurfacing work that is expected to be completed by October this year. Once completed, the expansion of the runway will help increase the passenger-carrying capacity of the ATR airplanes that service this sector.

Apart from works being carried out on the runway, another major project is underway. With the help of the Asian Development Bank, a new international standard, terminal building is being constructed with air traffic control, security officials, fire fighting trucks and other requirements that are needed to certify an international airport being planned as well.

With all these in place it will a smoother transition should the decision to make the airport into an international airport. Potential cities that could connect to Batpalathang airport include Kathmandu, Kolkata, Guwahati, and Dhaka in the region.

Located at an elevation of 300 m and the runway measuring 1500 meters, Gelephu Airport was originally planned as an international airport. The Airport was planned to boost tourism in the region and take advantage of its proximity to the Indian border and by being in the same region as the Royal Manas National Park. However, the plan was abandoned by 2008 and the Gelephu Airport would be domestic airport instead.

The airport was inaugurated on the 25th of October 2012 with a flight from Paro to Gelephu. Due to funding problems and a lack of certification from the Department of Civil Aviation, there were no regular flights in and out of Gelephu Airport. After the completion of the terminal building and a control tower in 2015, Drukair began its domestic operations to Gelephu shortly after. After a year of operations and mounting losses piling on Drukair, it was announced that the airline would cease its regular Gelephu Operations. The future seemed uncertain for Gelephu Airport, but operations once again began in November 2017 as the Government decided to provide subsidies to Drukair to continue operations. Once again, in the wake of the COVID-19 outbreak, flights to and from Gelephu were cancelled as Sarpang District was identified as a high-risk area due to rising covid cases.

With a series of downsides ever since its inauguration, things look to change for the better for Gelephu airport. Work is now underway in Gelephu airport to convert it into an International Airport. Studies on the feasibility, soil, and other technical requirements by a Japanese consultancy group with their Bhutanese counterparts were completed in 2021.

The Airport will serve to receive flights that have been diverted from Paro International Airport due to inclement weather. Since the country has only one international airport in Paro, it suffers losses when diverting flights. Gelephu airport is expected to be used mainly for Cargo planes.

Even the domestic flights are expected to pick up and be profitable for Airlines with the Gelephu Dry port project being scheduled to be completed by 2024. There will likely be an increase in the number of people flying between Gelephu and Paro as Gelephu becomes a commercial hub in the next few years.

As of now, bold and ambitious plans have been laid out for both Gelephu airport and Batpalathang airport, and only time will tell whether they will be achieved. As Bhutan undergoes a momentous change in its tourism policy, the success of the two airports is now directly tied to the success of the newly implemented policy.