Bhutan was introduced to telecommunications in 1963, print media in 1965, radio in 1973, then TV broadcasting and the Internet in the late 1990s. But although the country might have been a late bloomer, it didn’t take long for them to fully embrace information and communication technologies (ICT), aware of the dangers of being stuck on the wrong side of the global digital divide.

Today, technology has changed the way of life in Bhutan. Like the rest of the world, the way the Bhutanese connect with each other has slowly evolved. Once upon a time, a meeting would mean setting an appointment time and place then physically getting together. Now, video calls and video conferencing have become popular. If a farmer has a problem with his crops, he can easily contact an expert from the city for help.

The Bhutanese recognise the importance of technology

During the 14th convocation of the Royal University of Bhutan in May 2019, His Majesty the King expressed his concerns about the dramatic changes that resulted from the technological landscape and its rate of growth. He feared that they might lag behind. “If we are not able to embrace and leverage technology,” he said, “we will be invariably left behind.”

The King cited that consumers spent more than 2.8 trillion dollars on online sales in 2018 alone. He then went on to ask how Bhutan was using this avenue to create jobs, further education, promote good governance, or offer efficient and timely services to their people. He wondered how the private sector was leveraging technology, or how digitalisation was used for accountability and transparency.

The erudition leader had voiced what many Bhutanese had noticed themselves — the potential of technology. The country resolved to a new goal: to become a self-reliant and technologically driven nation.

Dr. Tshering Cigay Dorji, CEO of Thimphu Tech Park, also acknowledged that technology is advancing at a rapid rate. But this does not faze the Bhutanese as they strive to build their economy around the technology sectors. “For our country to develop further, for our economy to become stronger, we must strengthen our capacity in the ICT sector. We must develop an industry around it in Bhutan. We also have to be able to export ICT services.”

Furthermore, the pandemic has further accentuated the role of the ICT sector. Classes for students are moved online, while civil servants and private-sector employees work from home. COVID-19 affirmed the Bhutanese decision to increase their skin in the technology game.

Again, during the 112th National Day address, the King spoke about the necessity for Bhutan to capitalise on emerging technologies. 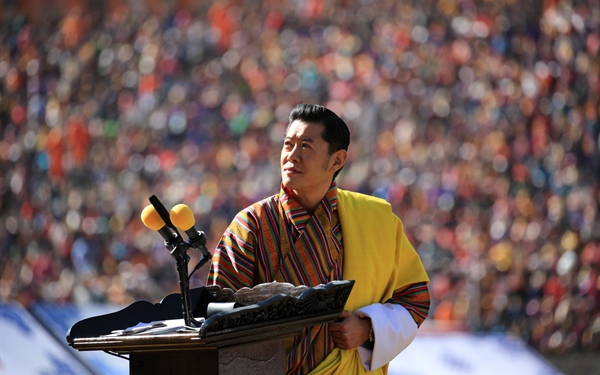 In line with the King’s wishes, the Bhutanese government launched the Digital Drukyul Flagship Programme, with a budget of Nu. 2.5bn (33.7mil USD). The programme aims to use ICT to transform Bhutan into a smart and inclusive society, focusing on three aspects:

Every school receives usable Internet connectivity. The goal is to empower teachers by providing them with digital content as a teaching resource.

The whole healthcare system in Bhutan is upgraded through an electronic patient information system. With the system, all health records and medical history is at the fingertips of the patient and their doctor, improving the quality of treatment the doctor can offer. Meanwhile, this system holds the healthcare personnel more accountable.

The digitalisation of cable TV

It doesn’t stop there. Bhutan is also aiming to complete the digitalisation of cable TV by the end of 2022.

According to the Bhutan InfoCom and Media Authority, more than 60 of the country’s 90 cable operators are already onboard the digitalisation.

The process started in the capital, Thimphu, in 2018, and slowly extended to the rest of the country. At this moment, five districts in the rural east of Bhutan are the point of focus.

Nonetheless, the endeavour is not without challenges. A major obstacle has been the lack of expertise. Due to a shortage of skilled manpower, the service providers are unable to fulfil public demand.

To handle this problem, the Ministry of Labour and Human Resources has partnered with a private company that would assist the local cable operators from the five eastern districts.

In September 2021, Bhutan has also announced that the kingdom will be collaborating with Ripple Labs Inc. to pilot a project on central bank digital currency (CBDC). The move was driven by the nation's desire to enhance digital and cross-border payments, expand financial inclusion efforts and extend its commitment to sustainability as the world's only carbon-negative country.

The digitalisation doesn’t stop with cable TV either. When the pandemic happened, the tourism sector of Bhutan was badly hit, as was the rest of the world. Following that, Bhutan’s tourism industry quickly turned to digitalisation.

The Tourism Council of Bhutan organised an online panel discussion, where the panellists asserted the necessity for tour operators to leverage ICT in their work. The latter were encouraged to promote Bhutan as a tourist destination through the use of technology.

The panel unanimously agreed that digitalisation will give them a competitive edge and opportunity for further growth — not to mention the power of good old social media.

Chances are, you’re reading this article on the Internet. You also probably heard about Bhutan because of the Internet. So they must be doing something right. 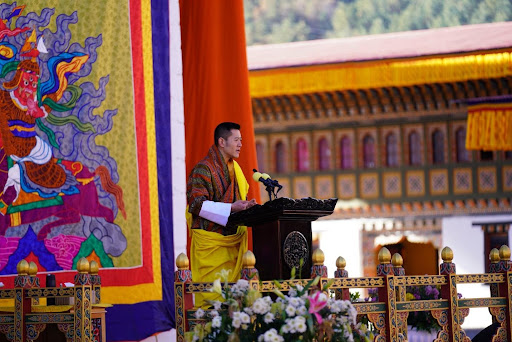 "Blockchain, Fintech, Quantum Computing, Artificial Reality, Virtual Reality, Metaverse, Robotics, Machine Learning and Web 3.0 are just some of the rapid and sweeping changes brought about by technological advancements that we are beginning to see. Breakthroughs in nanotech, biotech and genomics will transform the future. What deeply concerns me is whether our people will be in a position to take advantage of these opportunities. Or if we will be left behind due to our inability to adapt," said the King on the 114th National Day celebration last year.