Bhutan is the world’s first carbon-negative country. 60% of Bhutanese land is covered in forest — as mandated by their constitution.

Unfortunately, an increased number of vehicles in the country has led to the drastic rise in greenhouse emissions, even crossing over to unhealthy levels.

A big source of the air pollution is the commercial vehicles. In the year 2018, commercial vehicles accounted for 20% of all vehicles in Bhutan, contributing to two-thirds of the greenhouse gases in the country. Their carbon neutral status is in danger unless they act fast.

And act fast they did. What followed was the birth of the Bhutan Sustainable Low Emission Urban Transport System Project, an initiative that aims to reduce carbon emission and dependence on fossil fuels. Among the actions taken by the project is to replace taxis (commercial vehicles) with electric vehicles (EVs).

After a fair share of challenges, the Bhutanese Prime Minister’s Office has declared the government efforts to replace 300 taxis with EVs a roaring success. Close to 200 EVs have been dispatched thus far and over a hundred more are expected to grace Bhutanese roads by December this year.

According to the United Nations Development Programme (UNDP) website, the aforementioned project was introduced to facilitate the low-carbon transition in Bhutan’s urban transport sector by the promotion of low-emission vehicles, especially electric vehicles, as the primary mode of transport. The project hoped to increase the number of EVs on the road by four-folds by the end of the three-year period, of which they have succeeded. Ultimately, Bhutan aspires to maintain their carbon-neutral status.

According to the EV Project Unit office, through replacing the 200 taxis with EVs, they have succeeded in reducing carbon emissions by about 1,500 tons. In total, the 300 EVs will reduce the country’s carbon dioxide emissions by 43,000 tons within nine years, since one car releases an estimate of 16 tons of carbon dioxide a year. 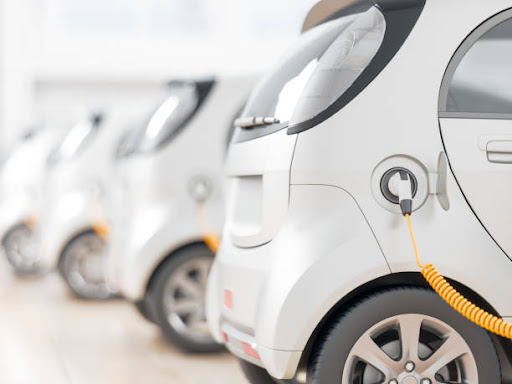 But it has not been a bed of roses of the project which has experienced some setbacks. The initial deadline was set for September 2021. However, the pandemic caused a backlog in the supply chain. Motor dealers were unable to deliver the orders on time.

The process was definitely not smooth-sailing in other aspects either. EVs are not cheap. In spite of the 20% funding by UNDP for taxi drivers, it was not enough to cover the cost of the car. To ensure that taxi drivers get the necessary funding, key leaders worked with the Royal Monetary Authority. As a result, Bank of Bhutan offered loans without collateral that covered 70% of an electric car. This way, taxi drivers only had to pay 10% of the total cost.

The financial aid worked. As of 2020, only 67 taxi drivers purchased the EVs. However, come April 2022, the booking of all 300 EV taxis were confirmed, even to the extent of being oversurbscribed with about 30 people put on a waiting list.

That being said, one challenge to the EV operation remains: charging stations. According to the World Bank, Bhutan needs 648 charging stations across the country to meet the demand and support the 300 vehicles. All in a day’s work of Bhutan’s uphill yet vital efforts to remain carbon neutral.