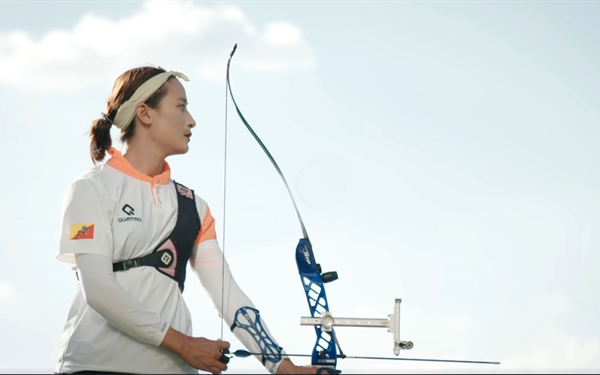 Karma, a female archer, became the first Bhutanese athlete to qualify for an Olympic quota.

Currently ranked 467 in the world, she is one of the elite archers in the country today.

The 29-year-old archer won a spot in the recurve women’s archery for the Tokyo 2020 Olympics during the Asian continental qualification tournament held in Bangkok on 28 November 2019.

Six spots were also awarded to archers from India, Iran, Mongolia and Vietnam  during the recent tournament.

Karma has been specialising in Olympics-style archery since 2009 and has taken part in more than a dozen international competitions, winning medals for the country. She made her international debut in 2012 at the London Olympics.

Archery, also known as ‘Dha’ is Bhutan’s national sport. The country has competed in every Olympic archery tournament since the Los Angeles Olympics in 1984.

Karma impressed with her skills

However, it has always received universality invitations (these invitations are awarded to smaller or developing sporting nations to ensure diversity at the Games). Karma received one of these free tickets for the Rio 2016 Olympic Games.

With the number of universality tickets being reduced from three per gender at Rio 2016 to two at Tokyo 2020, there was no certainty that Bhutan would continue to receive a free quota.

Therefore the qualification tournament in Bangkok was critical and Karma did not fail to impress.

She defeated Rand Saad Al Mashhadani (Iraq) and Niloofar Alipoor (Iran) with a score of 6-2 and Waraporn Phutdee (Thailand) by 6-4.

“It’s a dream come true for me to be a part of the Olympics. Every athlete in the world dreams to be on the grandest stage of all and I’m very lucky to have gotten this opportunity,” said Karma.

“We feel so happy to see an 81-year-old playing among us. We feel privileged to play with him."

Dorji Dema, a mother of three is among the first women in Bhutan to play in an archery tournament.

Bhutanese Archers Won Two Gold And A Silver Medal At the World...

The World Historical Archery Championship was held at Gyula, Hungary from August 13 – 19.

Japanese coaches and experts will visit Bhutan to train the athletes in preparation for the Tokyo Olympics in 2020.