Bhutan’s national costume is deemed very important in the preservation of its culture and national identity. You can see locals donning their national costume with pride on a daily basis throughout the entire country. The traditional dress for men is the gho, a knee-length robe tied with a handwoven belt, known as kera. Under the gho, men wear a tegu, a white jacket with long, folded-back cuffs.

Women wear the kira, an ankle-length dress, a large rectangular cloth clasp together by a koma (brooches). The kira is often worn with colourful blouses called wonju alongside a tego (an outer jacket).  The textiles are mostly handwoven and intricately designed by talented weavers throughout the country.

When visiting the dzong or government offices bearing the national flag, Bhutanese will wear the national costume with ceremonial scarves. Men will wear a silk scarf called a kabney from left shoulder to the hip. Women wear a rachu, a narrow embroidered cloth draped over the left shoulder.

The commoners will wear a white kabney (males) while the females will wear colourful rachu with intricate design. For the district administrators and governors (Dzongdag, Drangpon, Dzongrab, Drungpa), they will wear a white scarf with fringes and red band with one, two or three stripes. For village chiefs (Gups), the scarf will be red with fringes and two broad, red vertical borders known as khamar. Members of the National Assembly and National Council wear a dark blue scarf. The dark green scarf is worn by judges. His Majesty the King of Bhutan (Druk Gyalpo) and the Chief Abbot (Je Khenpo) wears a saffron scarf. 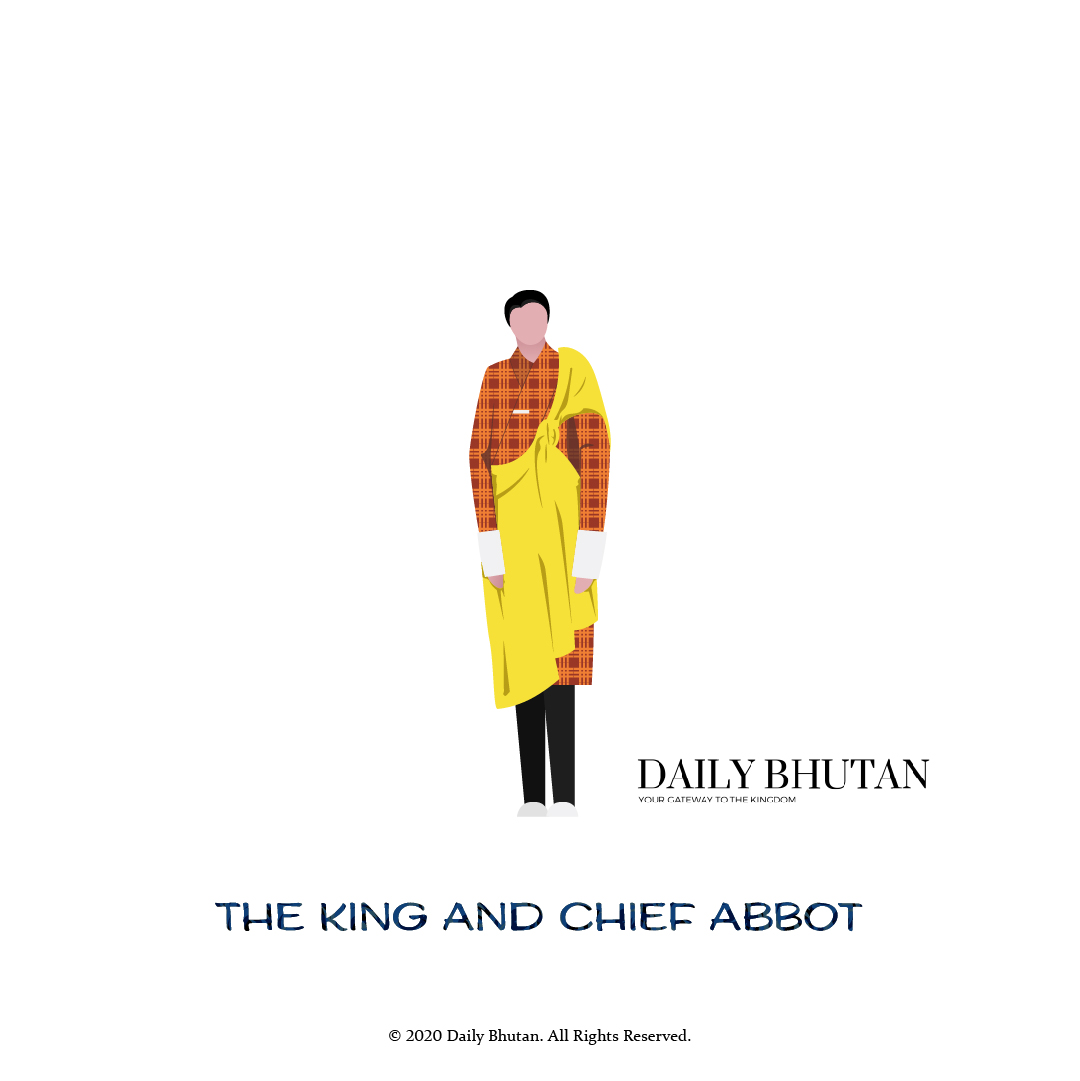 The red scarves (Bura Marp) or red-gold (Lungmar) scarves are awarded to outstanding individuals to recognise their excellent service to the nation. It does not represent a wearer's post. And individuals who are awarded with either the Bura Marp or Lungmar scarf will be given the honorary title of Dasho conferred by His Majesty the King.

‘Lung-mar’ is a compounded form of two words, lungserma (red-gold) and Marp (Red). The Lungmar scarf existed during the time of His Majesty The Third Druk Gyalpo, and has been reinstituted, with the former Prime Minister, Dasho Tshering Tobgay as its first recipient in 2014. Summary of the different colour ceremonial scarves in Bhutan:

The Royal Textile Academy is Bhutan’s first institution dedicated to preserving, promoting and educating about Bhutanese...